Derry’s walls were originally built by the Irish Society between 1613 and 1619. They were built with the intention of protecting the Scottish and English planters that had moved to Ulster as part of the Plantation of Ulster that had been established by James I. It was a direct consequence of the previous settlement being destroyed by Irish chieftain Cahir O’Doherty during O’Doherty’s rebellion. As a result of the building of the city’s defences by the Irish Society, which was a consortium of livery companies based out of the City of London, the city was officially renamed Londonderry in the 1613 royal charter. This is what has subsequently led to the naming dispute for the city and county of Derry/Londonderry.

The walls are at the centre of the historic city of Derry and within them are a number of Derry’s most important landmarks including the Apprentice Boy’s Hall and St. Columb’s Cathedral (the first ever purpose build Protestant Cathedral). 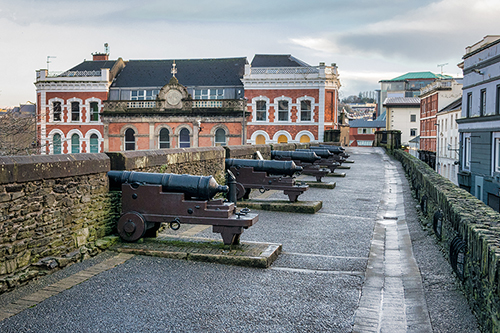 The Siege of Derry was the first major conflict that occurred during the Williamite War in Ireland. It began when 13 apprentices took the keys for the city’s gates and locked them against the advancing forces of the Earl of Antrim who were loyal to James II. As Antrim did not have enough men to lay siege to the city, he retreated to Coleraine.
On the 18th of April 1689 the siege would begin in earnest when forces loyal to the king arrived and ordered the city to surrender. Soon James himself would also arrive and ask the city to surrender, but the city refused. The siege would continue until the 1st of August when ships carrying food and supplies broke through the boom across the River Foyle and relieved the city.

The fact that the city’s walls have never been breached gave rise to one of its nicknames; the Maiden City.

The walls are about 1 mile in circumference and contain many of the city’s most important landmarks. The entire length of the walls is fully accessible on foot.
There are seven gates in total, four of which were built at the same time as the walls themselves and three were added later.

Magazine gate is the most recent gate to be added, being built in 1888 and gave access directly to the riverfront.
Cannons

The walls are lined with numerous cannons that once defended the city during the siege. Derry boasts the largest collection of cannons whose precise origins are known, with many of them being used during the Siege of Derry. In 2005, 24 of the cannons were restored to the former glory, with the famous ‘Roaring Meg’ located at the double bastion near Ferryquay gate. 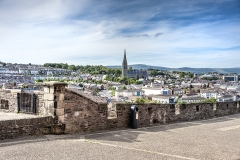 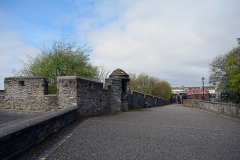 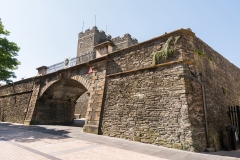 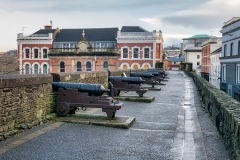 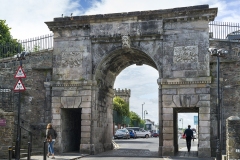